From beating up baddies to vanquishing evil exes, there's a lot going on in the Scott Pilgrim game. Here's how long you it can take to beat.

Scott Pilgrim vs. The World: The Game is back, and you can pick it up and play it right now. After a lengthy hiatus following its delisting from various online platforms since 2010, it's up for grabs once more and waiting for you to pick it up and give it a try. It still holds up over a decade later as a throwback side-scrolling arcade beat-'em-up, and it's all tied to the Scott Pilgrim movie and comics. If you're a fan of the story or characters at all, you'll find the game should be to your liking as well.

When you jump in the game, you'll notice it's a throwback in more than just name. It's an entire world of pixelated versions of the Scott Pilgrim cast punctuated by chiptunes by the band Anamanaguchi. It's a rainbow explosion of retro fun. You can choose one of several characters from the comics and movie and fight your way through seven levels. From there, the clock will start running down. Here's how long you can expect completing the game will take.

How long does it take to beat Scott Pilgrim vs. The World: le jeu ? 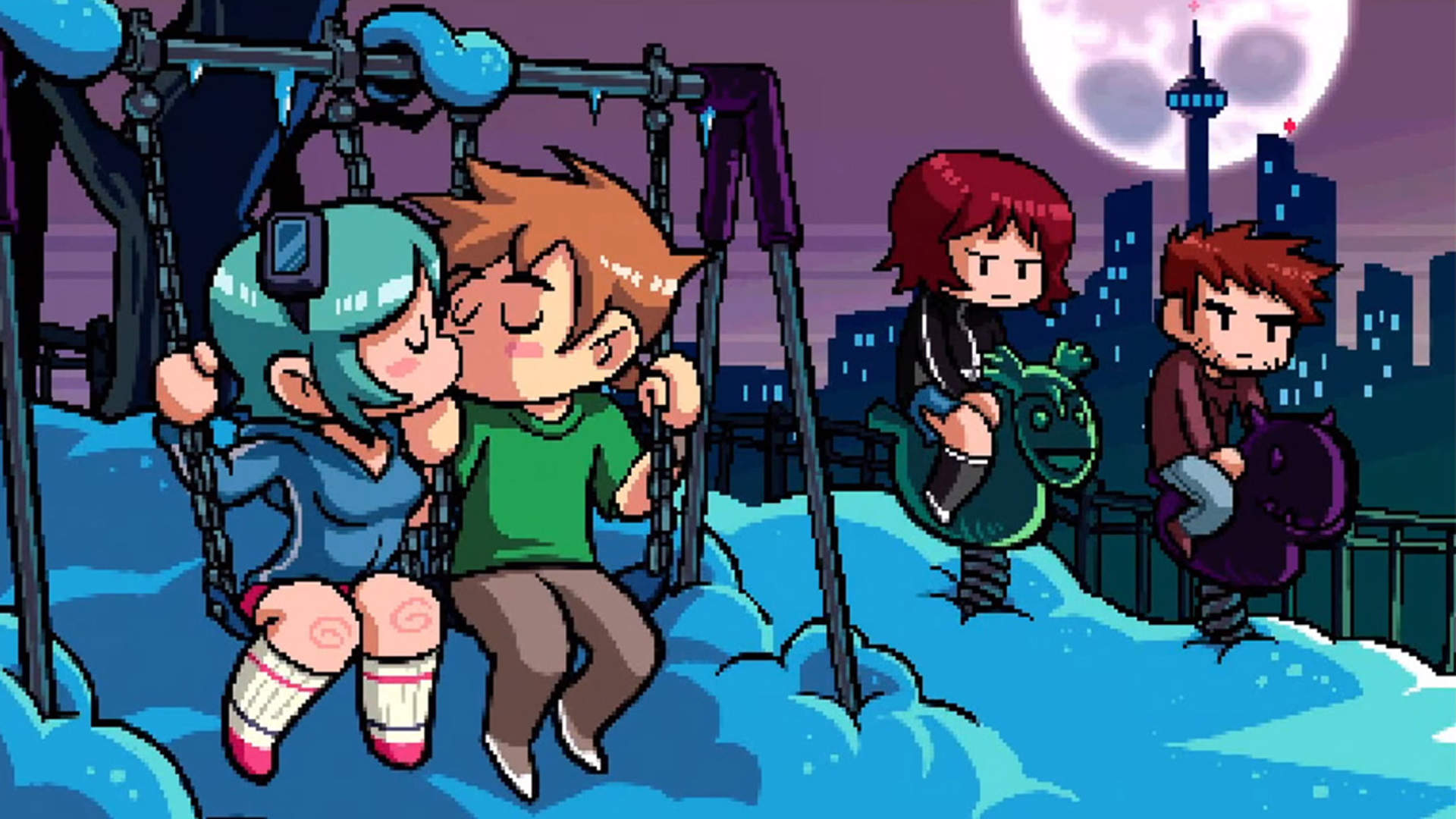 Scott Pilgrim vs. The World: The Game is a retro-inspired beat-'em-up that presents a similar kind of challenge to games you might find on the NES or SNES. As such, it might take you longer than the stated average on sites like How Long to Beat, which currently list about four hours to completion for the game's main story. That includes completing all seven stages and finishing off all the evil ex bosses to emerge victorious as Ramona Flowers' new boyfriend. Freedom to love at last!

Of course, that's just counting how long it takes for completing one playthrough with one character. There are several characters, with their own unique set of skills and playstyles. If you want to call the game truly "complete," you'll want to set aside around 13 hours. 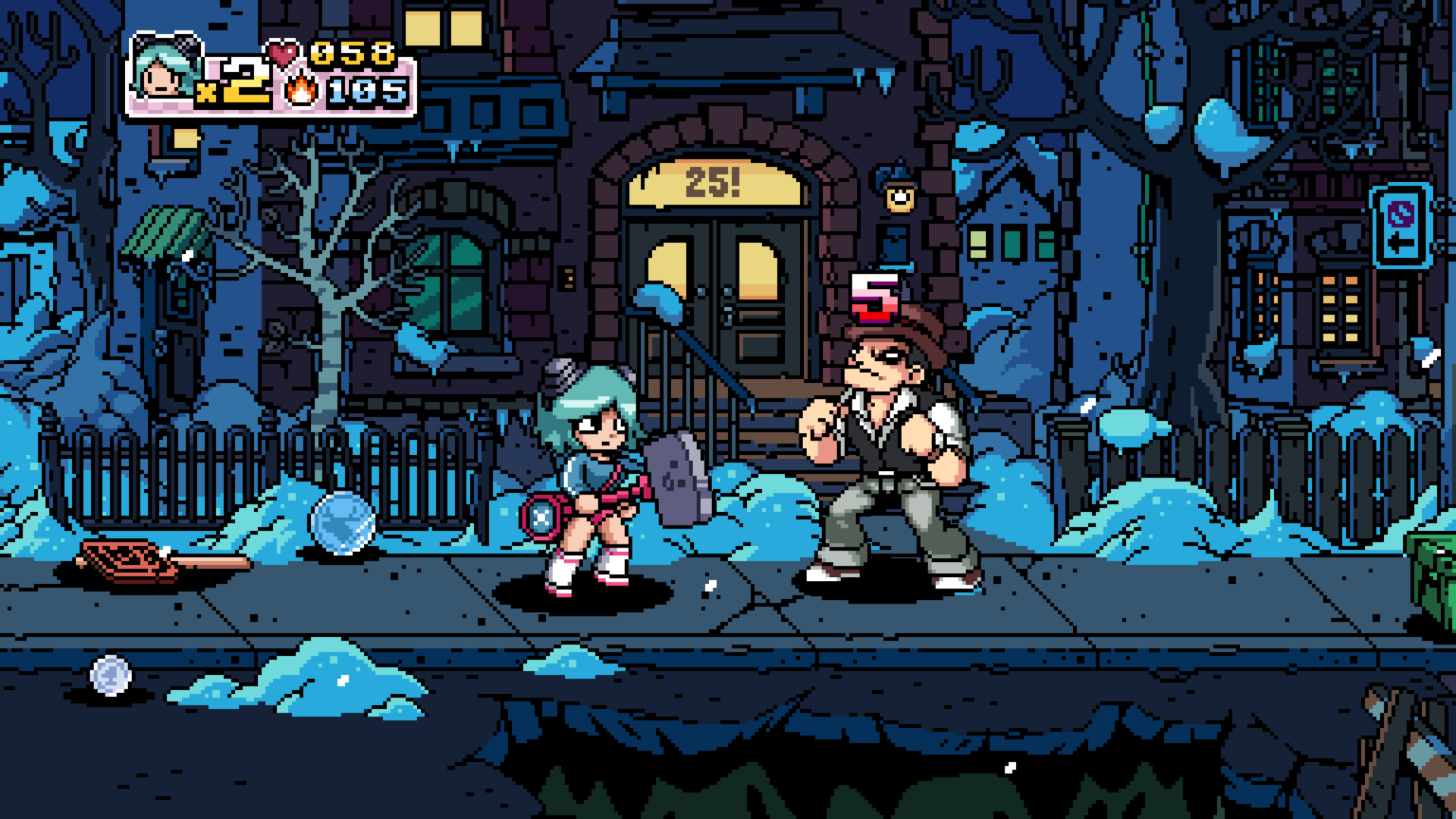 Most players will likely find the normal, one-tine completion sufficient, especially if playing with others in co-op mode. That makes the game a great candidate for playing in a weekend with friends, getting to know each level, figuring out the best way to eliminate enemies, and all the other fun stuff you can do within the world of Toronto, where everything in-game takes place.

Of course, these finish times don't all take into account the number of retries you might be facing. As previously stated, the game can be downright punishing, especially for first-timers. That's why if you're looking to play for the first time, you might budget about 7 to 8 hours for a median playthrough time. That way, you'll not be expecting to complete the game in a matter of horus if you were budgeting time to do other things.

Still, there isn't a ton of things to do that will keep you from finishing the game in a reasonable amount of time. And when you're done, go back and do it again and again, because it's a blast, and it's been since 2010 since we were able to play it! Time to appreciate what we have now and never let it go again.

Want to gush about how awesome Scott Pilgrim vs. The World: The Game is? Join the official SteelSeries Discord!