We’ve got the lowdown on what you need to know to excel at FIFA 22.

FIFA 22 is the latest entry in the long-running realistic sports game, and if you're into soccer (or football, depending on where you're from), you've likely been getting your game on for some time now. The soccer simulation game features some of the biggest leagues in the sport, like Bundesliga and Premier League, and competitions like the UEFA Champions League and UEFA Europa League. But if you're just getting started out, there's no doubt you likely have some questions about how to perform the best you can. Here are some tips and tricks to remember the next time you hit the field.

How to score more goals

Now, this might seem like something of a lofty goal (literally), but you can definitely pull it off. To do this, you'll need to improve the way you play offense. Be mindful of how you recycle the ball when you're on the field so you can keep your opponents from being in the correct position. Keep moving, working the ball until you seen an opportunity present itself. Keep the ball in your possession as often as possible while looking for an opportunity to score a goal. This will become possible the longer you play, but you've got to play a good offense if you want it to happen.

How to keep the other team from scoring

This might seem like a no-brainer, but we'll go over it just in case. You don't just have to be the goalie to keep from conceding goals to the other team. Start by using your midfielders to put on a strong defense. Stay on your feet and keep your opponent from passing while pushing attackers out of formation. Make yourself an incredible nuisance on the field and eventually your opponents won't be able to ignore you, especially if one gets through your defense and you start working to limit their shots. Keep your eyes open and watch your opponents to keep them from pulling off Finesse Shots. And over time you'll start seeing the likelihood of your opponents scoring go down more and more.

Choose the most agile players possible

When you're putting together a team, it might be tempting to choose the players you like the most, or the ones you're familiar with. Similarly, you might choose the players with higher shooting or passing stats. But what you should do is check out the players with agility stats. This ensures you'll have a player who's good with moving around the field and keeping their footing more than your everyday footballer. This cuts down on transition times and keeps everyone moving, which is what you want.

Just because you can sprint doesn't mean you should do it at every turn. Nor does it mean as soon as you get the ball that you should run straight to the goal post and try to ram it in there. Make sure you use sprint sparingly and you'll not be out of juice when the time comes where it's absolutely important that you use it. That's a play tip you can apply to most gaming situations in fact, as conserving special abilities like this can end up helping you more than you think in the end.

Ready to hit the field? Join the official SteelSeries Discord to see if you can find fellow players. 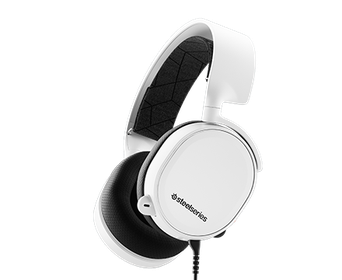