We’ve all thought it at least once: “I wish I could be like [pro player, streamer, etc.] and just do cool gaming shit all the time.”

But what’s it really take to have a career in the esports industry?

We talked to Mike “paradox” Stanowski, one of the first professional Counter-Strike players and a longtime employee at SteelSeries. He coaches the Robert Morris University Counter-Strike teams and recently founded a collegiate esports development company.

With such an extensive resume, we wanted to find out how Mike got where he is, and what advice he has for the rest of us.

“I set out to be the best Counter-Strike player in the world.”

So Mike, how did it all begin?

I’ve lived for games since I was 4. After discovering Half-Life: Counter-Strike on the shelf of an EB Games, and learning about the now-defunct Cyberathlete Professional League, I set out to be the best Counter-Strike player in the world.

Everything I’ve done until now — my pro CS career, 7 years at SteelSeries, founding Esports Squared, and coaching at RMU — can all be traced back to a simple childhood passion for gaming and competition. 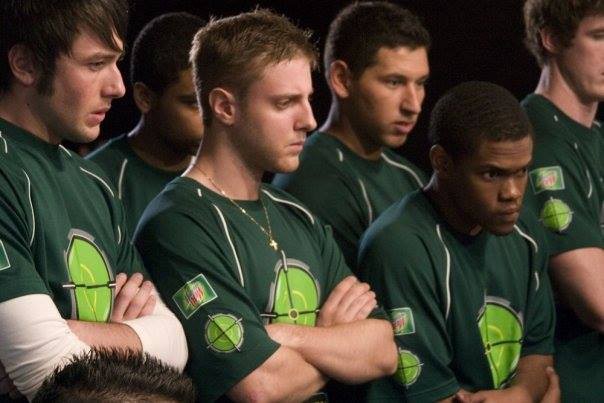 What was it like being one of the first salaried pro gamers?

Knowing what you know now, would you have done anything differently as a young pro gamer?

I’d operate with a completely different level of emotional intelligence. I don’t think I could’ve trained much harder or more deliberately than I did. I was obsessed and sought to take every action and make every decision with the purpose of being a better player.

My biggest mistake was living and dying by the outcome. I was fearless in competition because I had to be. I put myself emotionally and mentally as close to a life and death situation as I could get to without actually being in one. I had to win, or I died spiritually and emotionally. These are pretty high stakes in a team game where I’m not completely in control. Today I understand how to harness failure and avoid emotional pitfalls like this, while remaining hyper-competitive.

“Today I understand how to harness failure and avoid emotional pitfalls…while remaining hyper-competitive.”

What advice do you have for current or up-and-coming professionals?

Work to reach your potential each and every day. Accept the possibility of failure and learn to see it as feedback and experience. Periods of your life will be challenging and emotionally taxing, but make a commitment to come out of it stronger and better, regardless of circumstance. Understand you’re always in control of your perceptions and mindset. Decide, commit, make a plan, and take action.

How do you balance everything, and what’s your typical schedule like?

168 hours in a week, let’s say I sleep 48, leaves me with 120. Obviously not all of this will be “productive” time but I shoot for over 100 productive hours every week, then I divide that according to my goals and mission.

What would you recommend for folks looking to make a non-competitive career in gaming?

I didn’t know you could put “non” in front of the word competitive… everything is competitive! In terms of paths other than professional gaming, there are plenty of opportunities in streaming, operations, coaching, managing, journalism, and so on.

Seeing yourself improve is super fun and fulfilling. Even if you’re not in a seemingly competitive environment, find a way to compete with yourself. Try to do more, do it faster, do it more efficiently, and so on. Whatever you decide to pursue, do it to the best of your ability.

"...there are plenty of opportunities in streaming, operations, coaching, managing, journalism, and so on."

How did you come up with the name “paradox”?

During high school English, I found the word “paradox” and enjoyed the meaning — how it applies to thought, perception, and even my personality to some degree. It described me pretty well because I was very introverted but would come alive with a furious competitive fire that I expressed through Counter-Strike.

What do you most enjoy about coaching, and what’s the biggest challenge?

My life mission is to reach my potential and through this, help as many people as possible reach theirs. There’s nothing greater than the opportunity to see my players grow and develop — to help them reach their potential and see the happiness they feel when they reach their goals, and set out on their next challenge.

As far as challenges, undoing the terrible habits that were instilled by players substituting pick-up games for proper practice. This has almost singlehandedly been responsible for the gap in the performance of North American teams vs. Europeans in Counter-Strike, and I’m on a mission to reverse this and teach good habits and valid thought processes (subliminal message for my players reading this: trade-frag).

SteelSeries and esports have a completely symbiotic relationship — one supports the other and vice versa. Many companies are trying to capitalize on the esports boom (which is great), but SteelSeries really helped grow esports into what it is today — not just with money, but sweat-equity dating back to 2001. SteelSeries supported teams and events from the get-go, in addition to developing products alongside professional gamers. There is no company with a more genuine connection to esports than SteelSeries.

You were there with Bill Murray when the Chicago Cubs won the World Series?

Oui ! I politely asked him for a picture and he obliged. He trolled my grandpa for not knowing how to use my phone’s camera too. 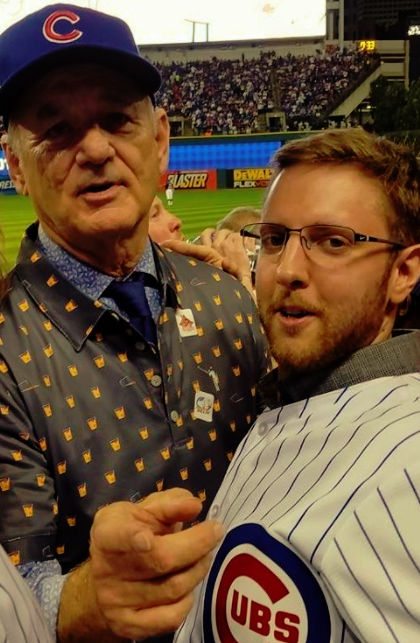